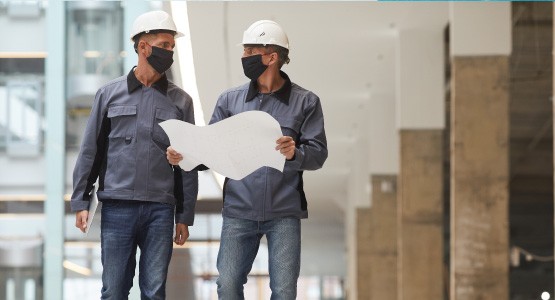 Get started with Atto.

Old habits die hard, but when it comes to management that shouldn’t be the case. As a manager, your primary goal is to make sure that your team is working towards a common goal.

Traditionally, a manager’s focus has been to maintain a level of productivity within their teams to reach certain predefined goals. The teams themselves have little input in the decision-making process, and their status is solely dependent on performance reviews carried out by the manager.

As for the well-being of employees, most managers focus solely on ensuring physical and financial needs are being met, whereas job satisfaction and social good are usually not part of the equation.

At the time of the evaluation, employees are usually rewarded financially with managers offering little to no attention to other benefits that interest employees. In absence of the acknowledgment, traditional managers tend to indirectly affect their team’s ability to deliver deliverables effectively.

Does the above case resonate with you? No problem! This blog will debunk the steps a manager should take to embrace an effective leadership style.

Understand the qualities of an effective leader

Leaders are not born, they are made. Good and bad experiences are what forge leadership styles. A new manager may think that one management style is more effective than the other; however, only through experience may they be able to develop a style in which they prefer to lead. Construction project manager, Teddy differentiates a project manager from a leader:

Most project managers will focus on task completion or team relationships. Leadership is more of a role to play than it is a formal position.

Let’s first differentiate between the different types of leadership styles.

The first theories about management and leadership styles were focused on studying how authority was exercised within a business. Research from the University of Michigan found that different attributes characterize traditional leadership:

Exploitative + Authoritative leaders have little to no confidence in their subordinates. Their management style relies on fear and punishment to motivate employees to accomplish certain tasks.

Benevolent + Authoritative leaders have some degree of trust in their subordinates, yet they treat their employees in a “condescending and paternalistic” way.

Consultative leaders show trust in their subordinates, however, they retain decision-making power.

Participative leaders show complete trust in their subordinates, and they seek their support in setting goals.

The research of Rensis Likert continues to be relevant. Today, leaders are segmented into two categories, task-oriented, and team-oriented leaders. For the remainder of the blog, let’s refer to leaders as managers.

Without further ado, let’s begin with the task-oriented managers. Their skills span planning, estimating, budgeting, financing, scheduling, risk analysis, and management. The manager takes decisions on all tasks that employees have to follow up on. Ultimately, the manager has to rely on his experience and knowledge to make decisions that benefit the project. These types of managers follow traditional styles of leadership as they believe that no one is capable of completing a deliverable without their support.

While a task-oriented manager focuses on their experiences to drive effective decisions for the company. A team-oriented manager is focused on delegating tasks. A manager embracing this style understands how to motivate teams, coordinate tasks, communicate, and rely on their team’s ability to make informed decisions. Similar to Likert’s findings, the latter teams are more likely to make better decisions than teams that line up for orders from a manager.

In either scenario, it is preferred to have the skills sets that both leadership styles share. Above and beyond, managers have to understand that only through delegation and interpersonal relationships will they be able to develop motivated and independent teams. Ultimately, managers have to ensure that employees believe in a greater cause than their day-to-day tasks.

When we defined a task-oriented manager, we said that they are the ones trying to be on top of everything. All decisions made within the department they manage are theirs with little input from others within the department. To make those decisions, managers have to be involved in all the activities of the department. At the early stages of the business, this type of behavior is expected because there is less workload, and fewer people to manage. As a manager succeeds in those early stages, and work starts coming in at a higher rate, micromanagement becomes difficult.

Delegation is a difficult skill to master, yet it is often overseen by managers. If done properly, delegation can help businesses scale faster, while maintaining a standard for quality.

Why delegation is a challenge for most managers

Traditional managers that fall within the first two categories of the Likert’s study struggle with delegation because they do not believe in their team’s ability to deliver tasks “as good as” they would. They lack the patience to train and educate team members on their way of work, which often creates a culture reliant on the manager. If the manager is not there, no work gets done.

Another reason why managers struggle to delegate stems from the belief that if they do turn over more responsibilities to the team, important tasks will not get done properly. As such, it is easier to hold themselves accountable for a mistake than someone else.

Time to let go and delegate

Micromanaging everything not only translates to a lack of trust towards employees but also consumes a lot of valuable time from the manager. Learning how to delegate will allow you - the manager - to alleviate stress, become more productive and focused on the workplace.

The process of delegating starts with evaluating who within your team has what it takes to take over some of your tasks. Try to look for a motivated, and likable team member whom others will follow. In the early stages, all new managers will struggle to assert power over others but the problem will solve itself with time.

Once you have identified who you want to assign more responsibility to, it is time to decide what tasks you can delegate. If meetings are taking too much of your time then think which ones can be attended by the selected individual. If reviewing the work of others has started to become a nuisance then teach your reviewal process to that individual. Think about the tasks you can delegate, provide clear instructions, and delegate.

Afterward, you can always check up on the work being done but it is important to resist and not intervene. Mistakes will happen but that is normal, remember that this will develop a system that will support itself over the long run.

The key takeaway from this blog is:

Bear in mind that there is a limit to how many hats a manager can wear at the same time. If the tower of hats becomes too tall it collapses, without the necessary support structure. Your team is paid to support the companies growth; therefore, make use of their abilities and skills.

How to Stay Focused at Work: Helping you succeed in the digital age

Have you ever asked yourself the question “How to stay focused at Work?”, if yes, then here is what you need to know: attention residue, and organizational culture. Click to read more.

The Qualities of a Great Leader: How to be a good boss

What are the qualities of a great leader? How to be a good boss? Are these two the same? Learn More. 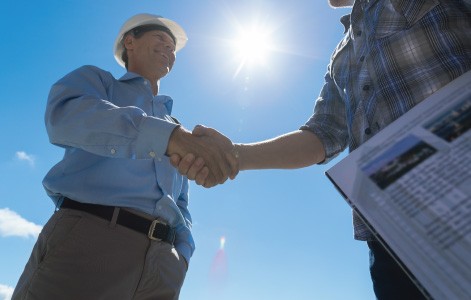 7 tips that will help you manage contracted jobs successfully

Read more
Back to Blog

You're one click away from effortless time and location tracking for teams.

Tap a button to clock in and start tracking your time. Your work hours turn into simple, accurate timesheet reports automatically.

A confirmation email has been sent to johnsmith@cuvox.de Click on the confirmation link in the email to activate your account.